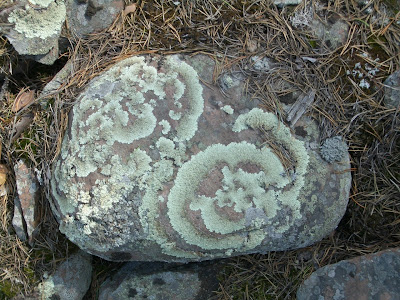 Long time no see! Summer just flew by and fall is upon us. In my photo files I found this image of a rock, covered in lichen. I took the picture in Finland in 2007. Aren't the organic shapes and colors of the lichen beautiful.
Posted by Karina at 2:32 PM No comments: 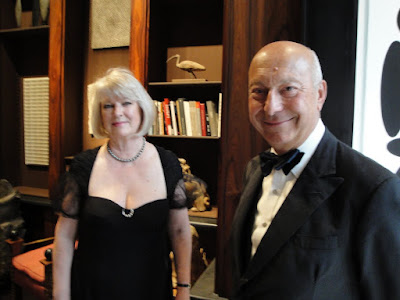 I just got back from an exciting trip to Paris and Vienna. I'll be writing more about my experiences in the days to come, but I wanted to start with the absolute highlight, the Biennale des Antiquaires at the Grand Palais. This is the second time I have attended the Gala opening dinner, and it is spectacular. The vignettes created by the most exclusive dealers in the world, and the treasures they contained, were breathtaking. Just to name a few, Didier Aaron, Steinitz, jewelry by Harry Winston, Cartier and Van Cleef and Arpels. Kraemer had recreated the Oval Office of the White House and furnished it with 18th Century French antiques. Quite a twist on Michael S. Smith's concept.
My personal favorite was Axel Vervoordt's display. His theme was Yin and Yang. He was contrasting black and white as back ground colors and very primitive art with religious Baroque paintings. I also had the pleasure of meeting Mr. Vervoordt. What a charming, earthy person. When I introduced myself, he started speaking Dutch, having been thrown off by my last name. I had to confess that I was only Dutch by marriage.
I was traveling my friend Kathleen Cartier and she attended the dinner with me. I will continue my name dropping as our table companions included Philippe Thomas, the editor of Connaissance des Arts, France's top antique magazine, Bernard Schotter of Mobilier National and a charming young author, Capucine Motte who has just published a best seller in France. It is called La Vraie Vie des Jolies Filles or The Real Life of Pretty Girls. I have ordered it from amazon.fr and cannot wait to read it. What an evening!
Posted by Karina at 6:08 PM No comments: