THE COLLECTION OF ELIZABETH TAYLOR Did the Age of Opulence in Hollywood end with Elizabeth Taylor? Perhaps. Her collection of jewelry and gowns will be dispersed to highest bidders at Christie's in London on December 13 and in New York December 14 and 15. Selected items are touring the world and can be seen this weekend in Los Angeles at MOCA at the Pacific Design Center.
The emerald necklace from Bulgari was given to her by Richard Burton. "I introduced Elizabeth to beer and she introduced me to Bulgari" he said. 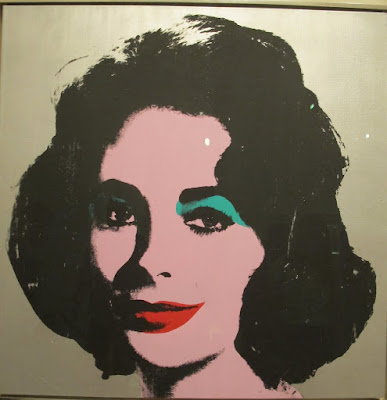 Andy Warhol claimed that everyone will be famous for 15 minutes. Elizabeth Taylor of course was not "everyone". In fact she once said "I can't remember a day when I was not famous." Above is a Warhol lithograph of her, also to be auctioned. This beaded bolero jacket is by Versace. 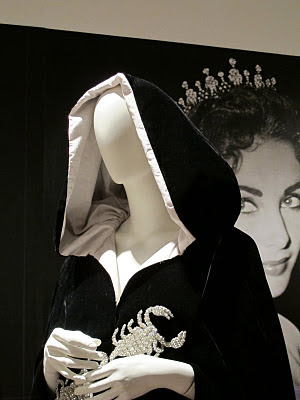 The Tiziani black velvet "Scorpio" cape was worn to Princess Grace of Monaco's fortieth birthday
"Scorpio" ball. Princess Grace was a Scorpio. At the time, Karl Lagerfeld was Tiziani's freelance designer and this cape may have been designed by him. 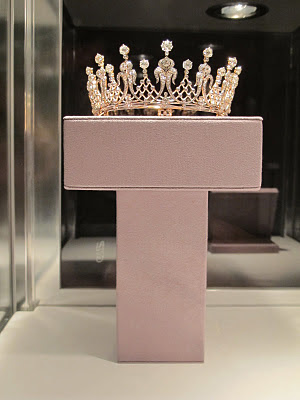 Elizabeth's third husband, Mike Todd, gave her this antique tiara, telling her, "You are my queen and you should have a tiara". 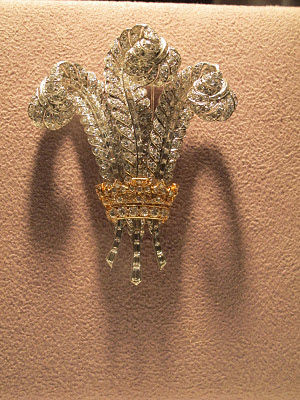 This Prince of Wales brooch originally belonged to Wallis, Duchess of Windsor. When it came up at auction, Elizabeth purchased it for $630,000. The amount went for AIDS research. 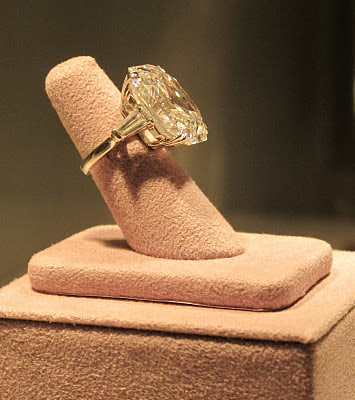 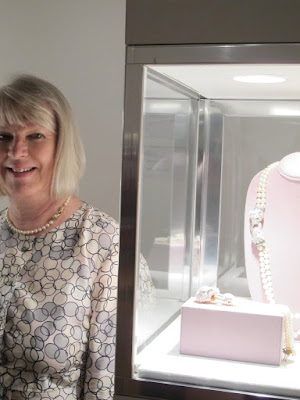 Maxi and Mini. I happened to be wearing a modest pearl necklace with a similar clasp as on the David Webb necklace. A better look at the "Maxi" below. 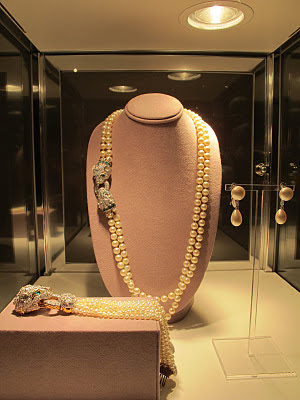 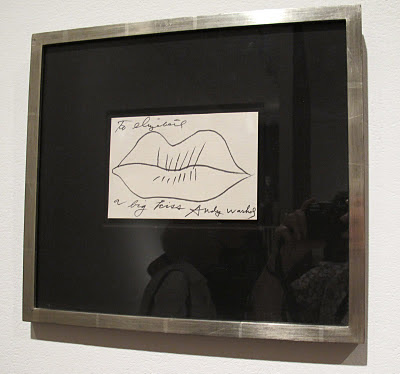 A note from Andy Warhol. Christie's has announced that a portion of the profits generated by exhibition admissions, events and selected publications related to the sale will be donated to The Elizabeth Taylor AIDS Foundation.
Posted by Karina at 6:28 PM No comments: