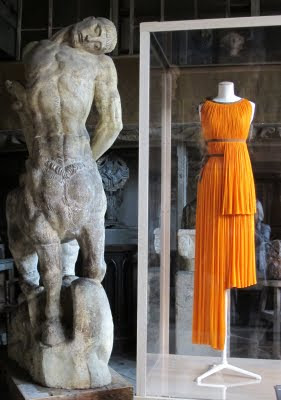 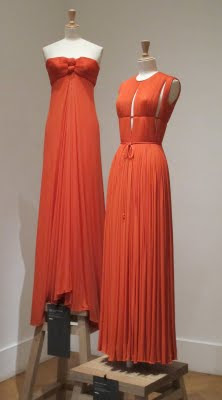 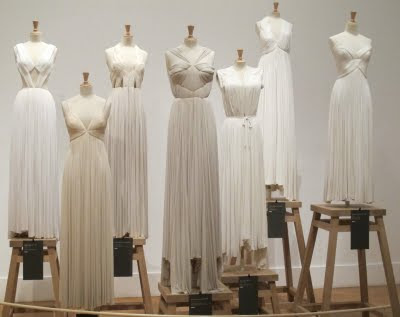 I have just returned from a three week trip to Europe. I visited Finland and France. Perhaps the most interesting exhibition I saw in Paris was at the Musee Bourdelle, a retrospective of couture dresses created by Madame Gres. Her simple, draped dresses were displayed among very powerful statues by Antoine Bourdelle creating a striking contrast. Madame Gres (1903-1993) was originally trained as a sculptress, and this clearly shows in her way of using fabric. Madame Gres had a very fashionable clientele, including the Duchess of Windsor, Greta Garbo and Jacqueline Kennedy. She also created the perfume Cabochard. 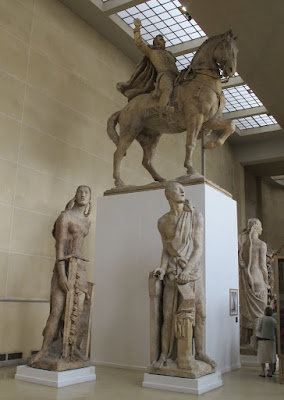 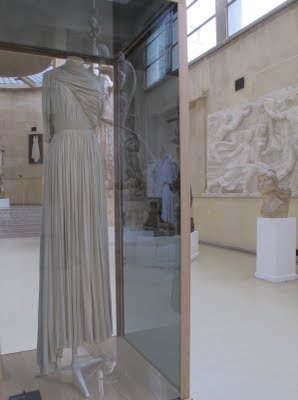 Antoine Bourdelle (1861-1929) started as a woodcarver in his father's cabinet shop, and went to study sculpture in Toulouse. At the age of 24 , he won a scholarship to the Ecole des Beaux-Arts in Paris. He became one of the pioneers of monumental 20th century sculpture. Auguste Rodin became a great admirer and Bourdelle joint him at his atelier, becoming soon a popular teacher.
"Contain, maintain and master are the rules of construction" he told his pupils. The same phrase could be applied to the work of Madame Gres. 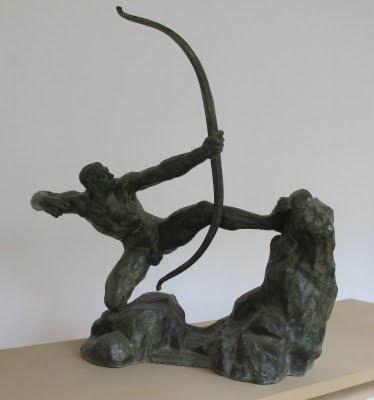 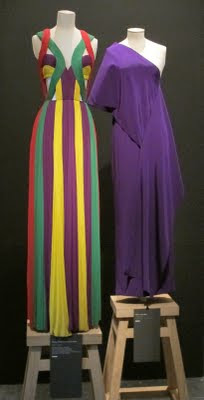 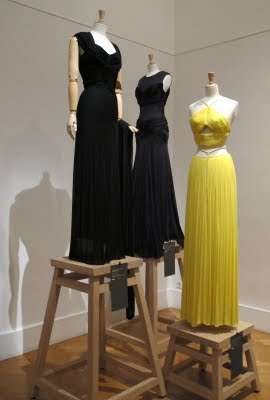 Posted by Karina at 6:47 PM No comments: