Mission Inn and Spa in Riverside, California is a Historical Landmark Hotel. The construction was started by Christopher Columbus Miller in 1876. Over the next thirty years he and his son Frank, created a masterpiece of architecture, drawing inspiration from Spanish Colonial, Spanish Gothic, Mission Revival and Moorish Colonial Revival styles, among others. 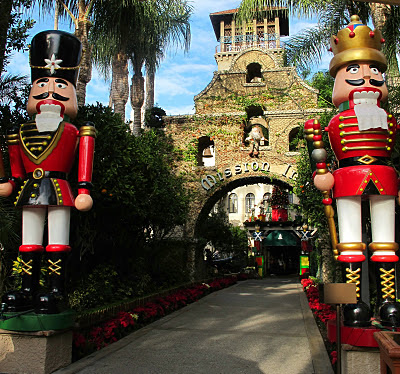 For the 19th time the Annual Festival of Lights transforms this historical hotel into a land of enchantment with more than 3.5 million lights. The festival lasts through Sunday, January 8, 2012. 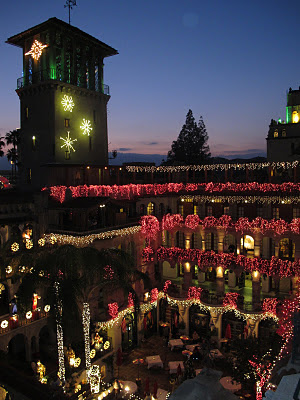 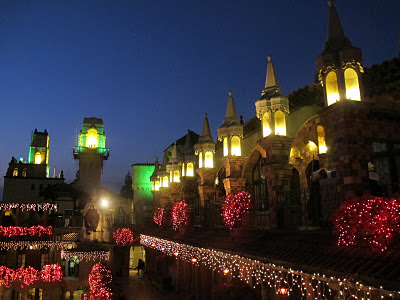 My husband and I stayed at the hotel over 15 years ago and were totally charmed by it. We returned this last weekend and were charmed again, in addition to the architecture, by the charming Christmas Decorations and lights. Above and below are some of my favorites. 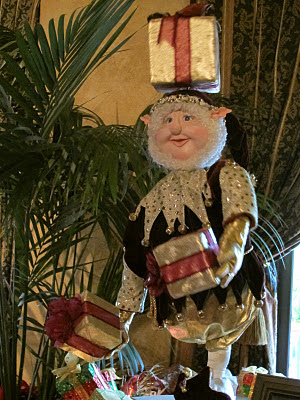 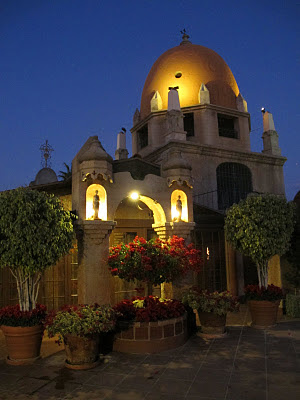 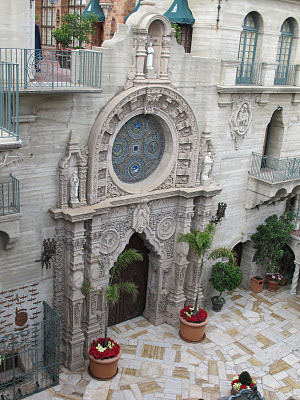 Chapel of St. Francis of Assisi, much in demand for weddings. 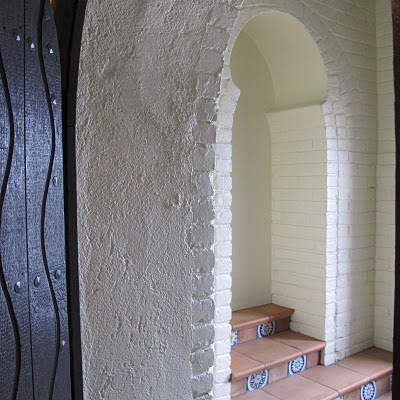 I have heard claims that the hotel is haunted and especially rooms on the fourth floor, where ours was. No paranormal activity this time, but some strange building decisions, like the steps that led nowhere in our closet area, above. 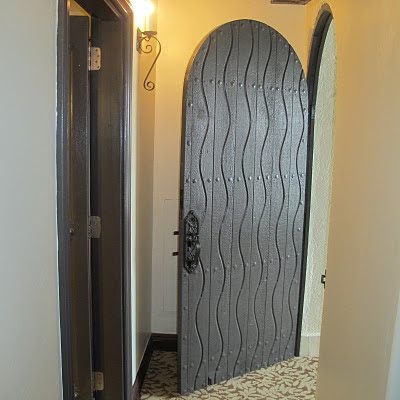 The doors were quite massif and very detailed. The above door leads to a clothes closet with a
dome ceiling. 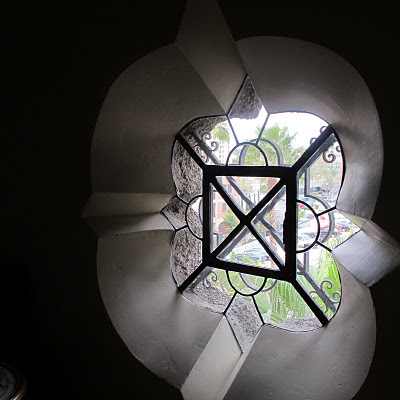 T
The bedroom featured this interesting window, above. Below you can see how it looks from the outside. 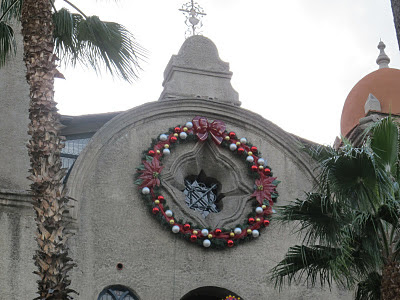 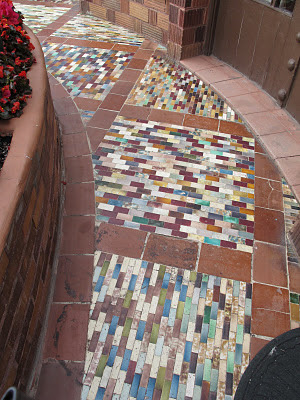 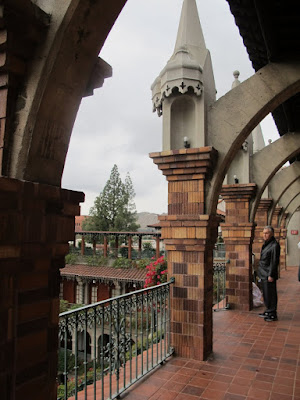 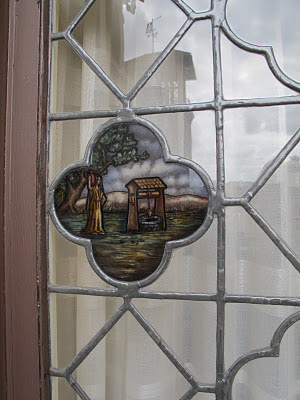 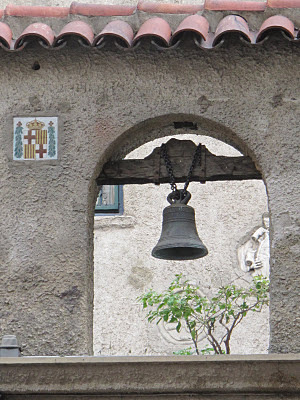 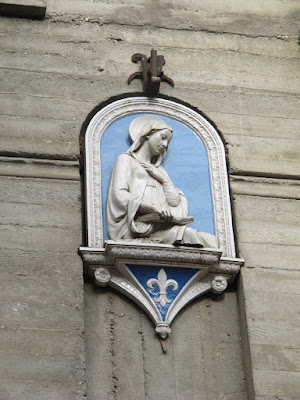 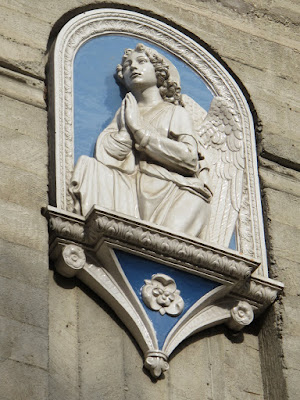 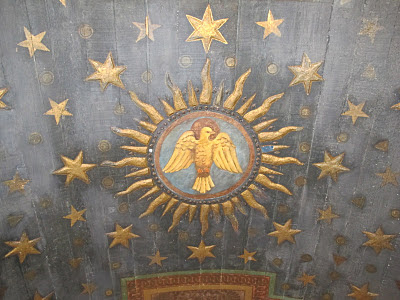 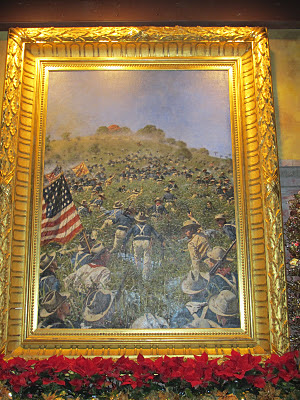 This painting hangs in the 4 Diamond restaurant Duane's. I stared at it for the duration of our three hour dinner with friends who had come to join us at the hotel. The painting is quite large and is the focal point of the restaurant. It is titled "Charge up San Juan Hill", painted in 1900 by Russian artist Vasili Vereschcagin. It shows Theodore Roosevelt and the Rough Riders storming a hill during the Spanish-American War of 1898. 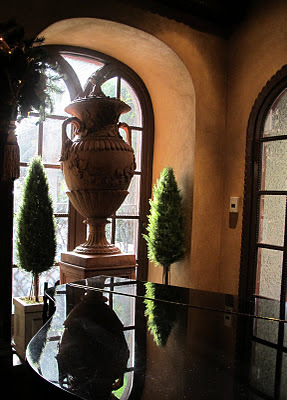 Amid the mixture of architectural periods, classical restrain can be found at the hotel.
Posted by Karina at 7:12 PM 1 comment: