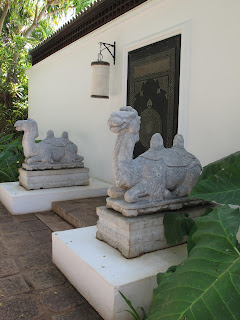 I recently returned from a two week cruise to the Hawaiian islands. The highlight of the trip, without a doubt, was a visit to Doris Duke's Shangri-La in Honolulu. The philanthropist, art collector and  "richest girl in the world" fell in love with Islamic art during her honeymoon trip to Palestine, Jordan, Egypt and India in 1936. The final stop on the honeymoon was in Hawaii where the newly weds spent four months. They so enjoyed the easy, casual lifestyle of the islands that they decided to build a home there. They made further trips to the Middle East and Morocco adding to the collection of Islamic art started on the honeymoon.
Doris had hired Marion Sims Wyeth to design the house but was very involved in the design, collecting ideas on her travels. The understated exterior of the house belies the colorful, opulent interior. The two eighteenth century camels are from China.

In her will she established the Doris Duke Foundation for Islamic Art which owns and manages the site and collections. The tours of the site are organized by the Honolulu Museum of Art. No photography was allowed inside, but the museum has an excellent website of Shangri-La. 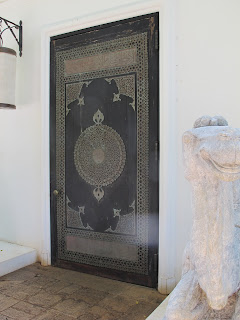 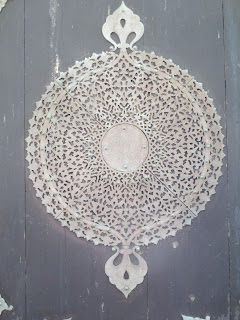 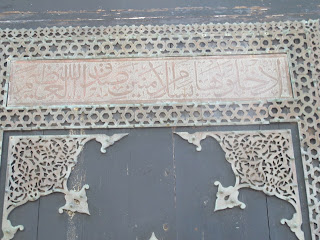 The door is nineteenth century, probably from Cairo, Egypt. The calligraphy on the door is from the Qur'an:
" Enter them in health, secure.God the magnificent has spoken the truth." 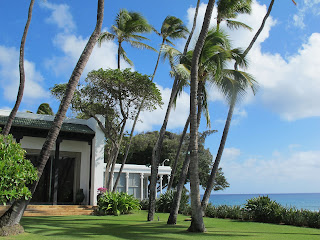 Exterior of the main building. 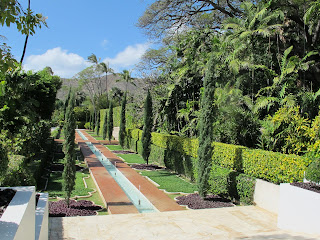 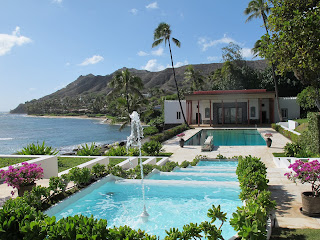 The Pool with the Playhouse, with the Diamond Head on the back ground. 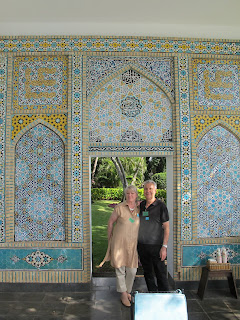 On a tiled patio outside the living room with husband Ted. 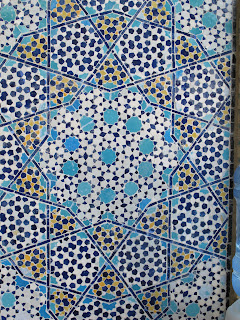 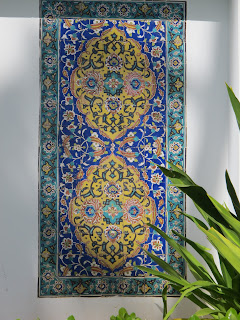 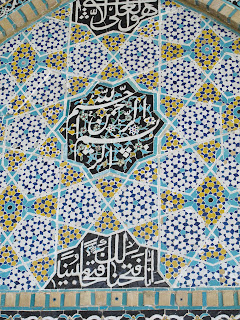