AT THE ROMAN TABLE 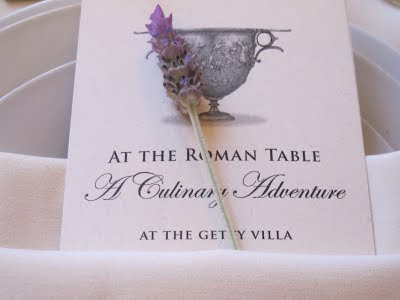 The freshest local ingredients, produce grown by local farmers, fish from the nearest fishing harbor, herbs grown in your own herb garden. This is what we expect from our best California restaurants and what we like to serve our guests at home. It was a big surprise to find out that it was exactly what the finest first century Roman meals consisted of as well. Last Thursday night I had a great pleasure to attend a true culinary adventure at the Getty Villa. The evening started with a lecture by food historian Andrew Dalby. It was followed by a dinner planned and prepared by Sally Grainger, a professional chef with a degree in ancient history. The planning of the menu started two years ago and the preparations for the event one year ago! The result was an absolute culinary heaven. 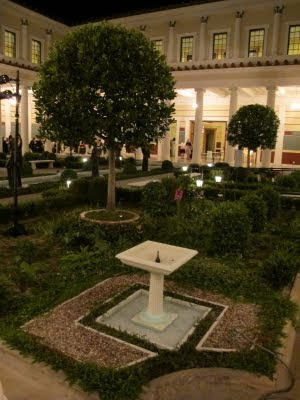 The dinner took place in the Inner Peristyle Garden of the Getty Villa. 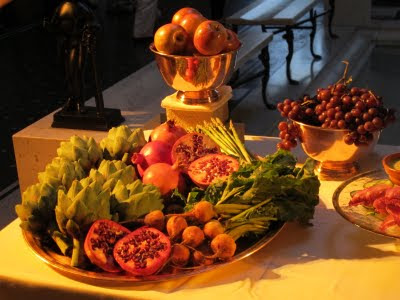 The menu consisted of thirteen dishes. Very few recipes of the period exist. Ms. Grainger has used a collection called Apicius on Cookery, compiled for professional cooks, usually slaves.
The principal flavors were honey, vinegar, a fermented fish sauce and various fresh herbs and spices. Ten of the evenings dishes contained fish sauce, liquamen. Whole fish was fermented for up to three months, the liquid was then strained and bottled. Apparently the smell was so pungent that it's production was outlawed in urban areas. Ms. Grainger calls the fish sauce a magic ingredient that enhances and balances flavors. 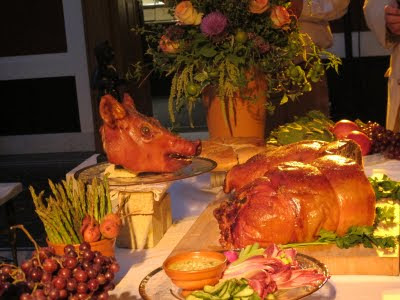 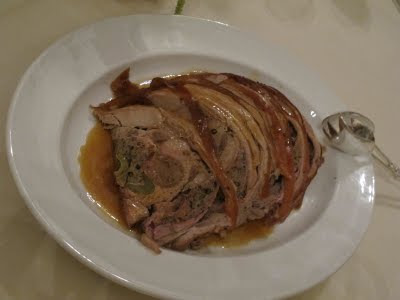 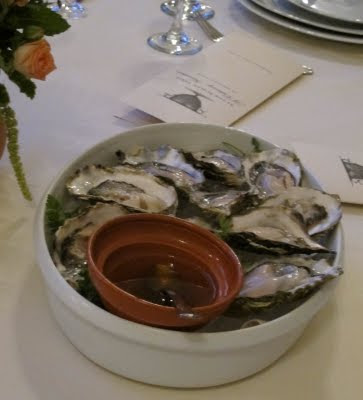 The oysters were served with oenogarum, fish sauce made with Sauternes, which was poured on the oysters. It was absolutely delicious. 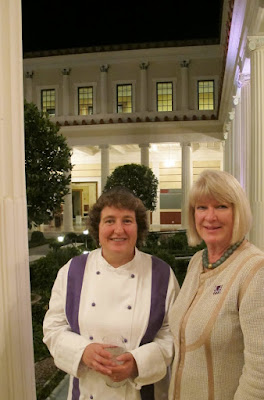