ART OF THE MOTION PICTURE COSTUME DESIGN AT FIDM 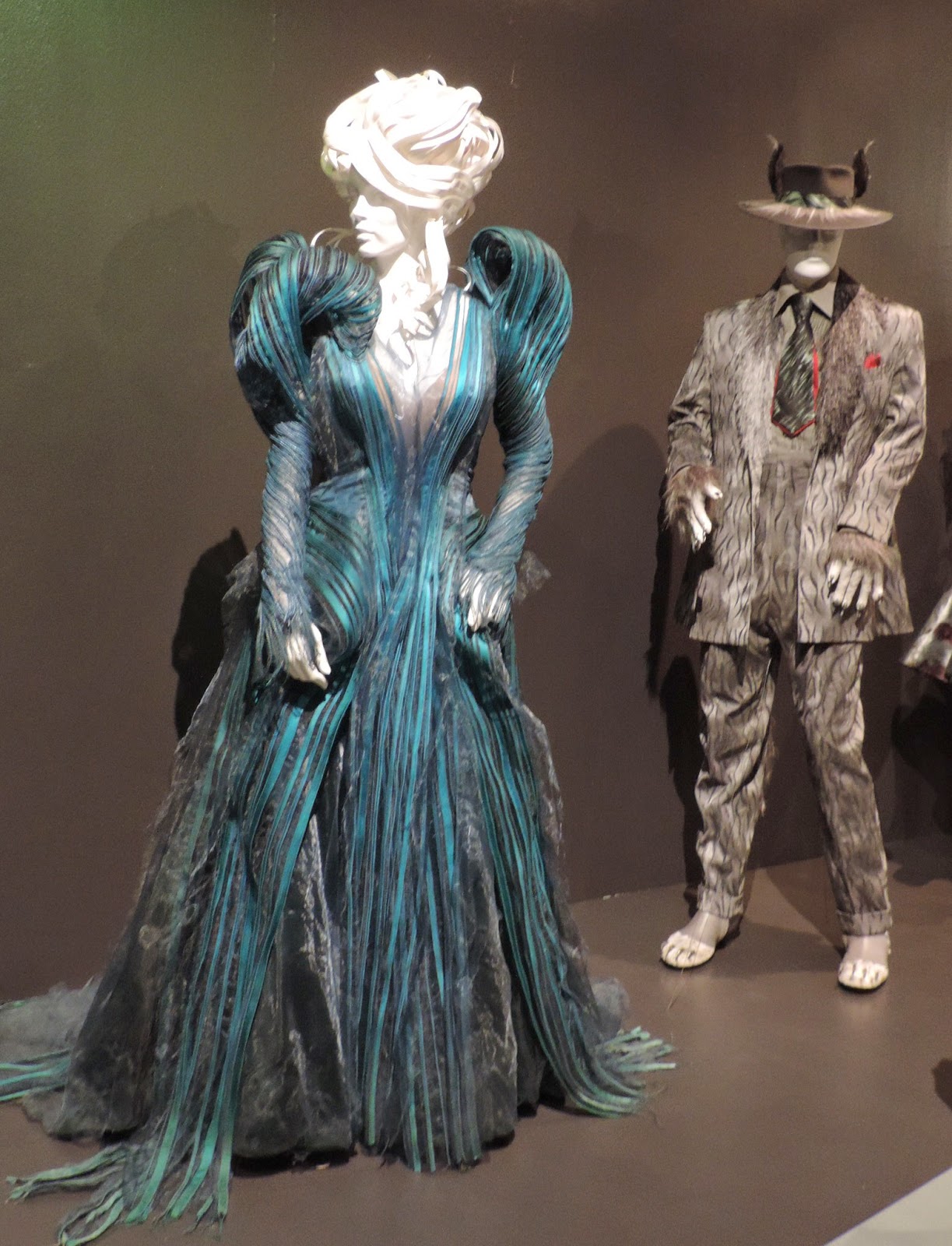 Last Saturday night FIDM Museum and Galleries had on Opening Reception for the 23rd Annual Art of the Motion Picture Costume Design Exhibition. Costumes from 22 movies made in 2014 are on view, 5 movies have been nominated for an Academy Award for Costume Design, one won in 2014.

Above are costumes designed for Meryl Streep and Johnny Depp in "Into the Woods" by Colleen Atwood. She received a 2015 Academy Award nomination for her work in this movie. Her inspiration for the costumes were the Woods and many include the texture of wood. Meryl Streep's costume was made of pieces of leather stitched to chiffon and combined with leather that looked like cracked bark. Johnny Depp was Atwood's muse for his character, the Wolf.  Depp wanted to play the part in a zoot suit, so Atwood  had an idea of embroidering the pattern of fur onto a piece of very thin wool cloth that was then tailored into a zoot suit. 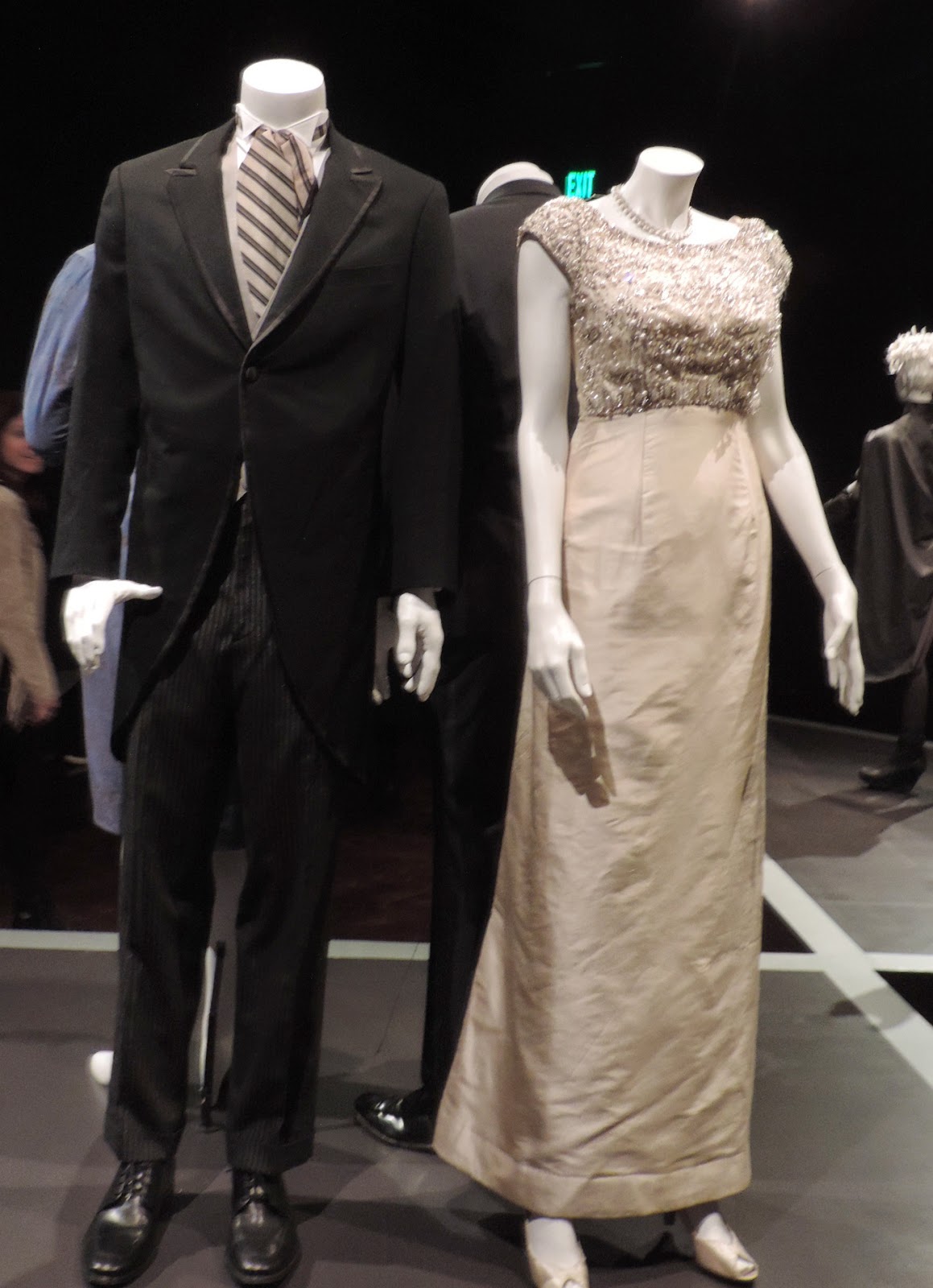 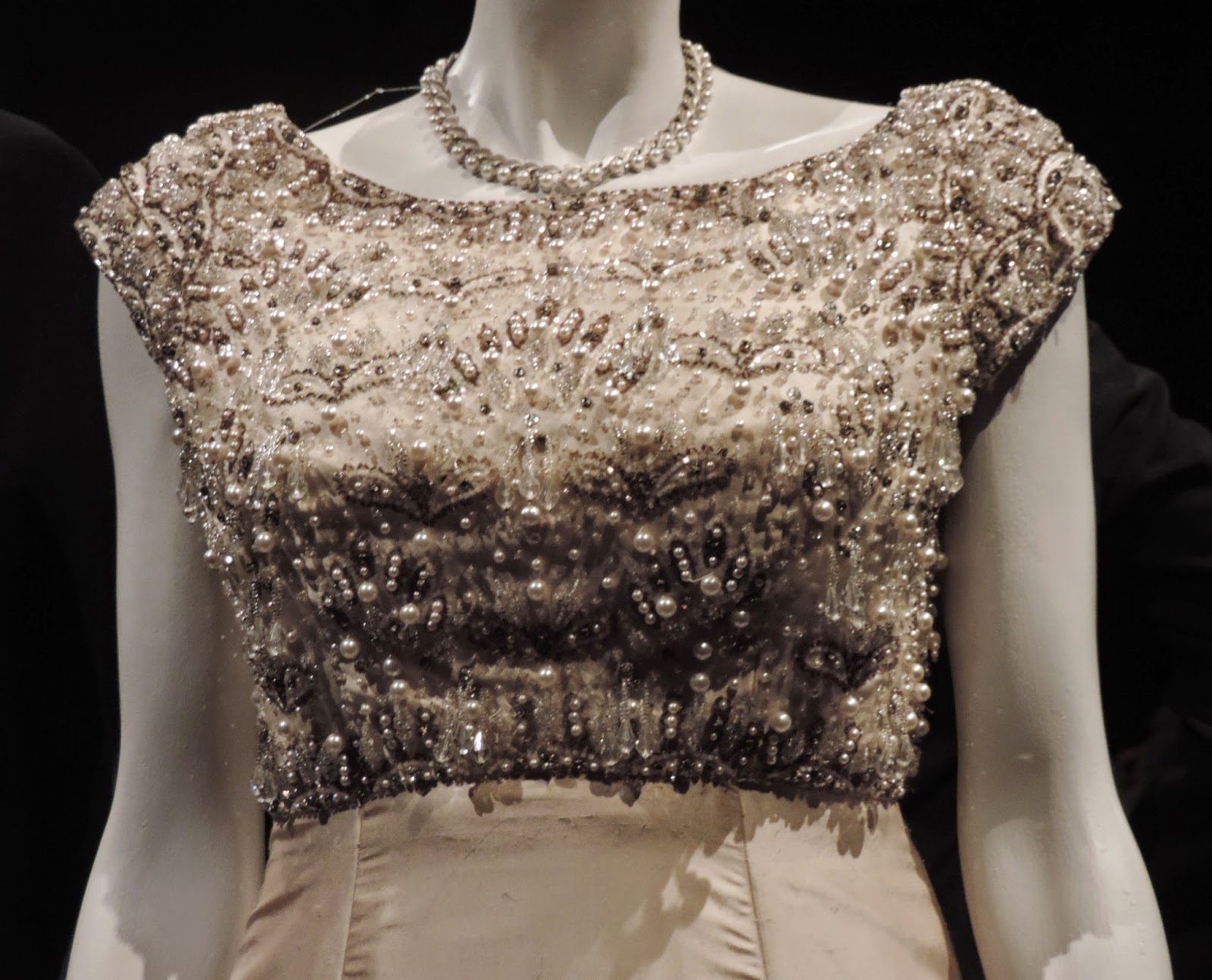 The two costumes above are from Selma, designed by Ruth E. Carter. The suit was designed for David Oyelowo as Martin Luther King Jr. and the dress with the beaded bodice for Carmen Ejogo as Coretta Scott King. 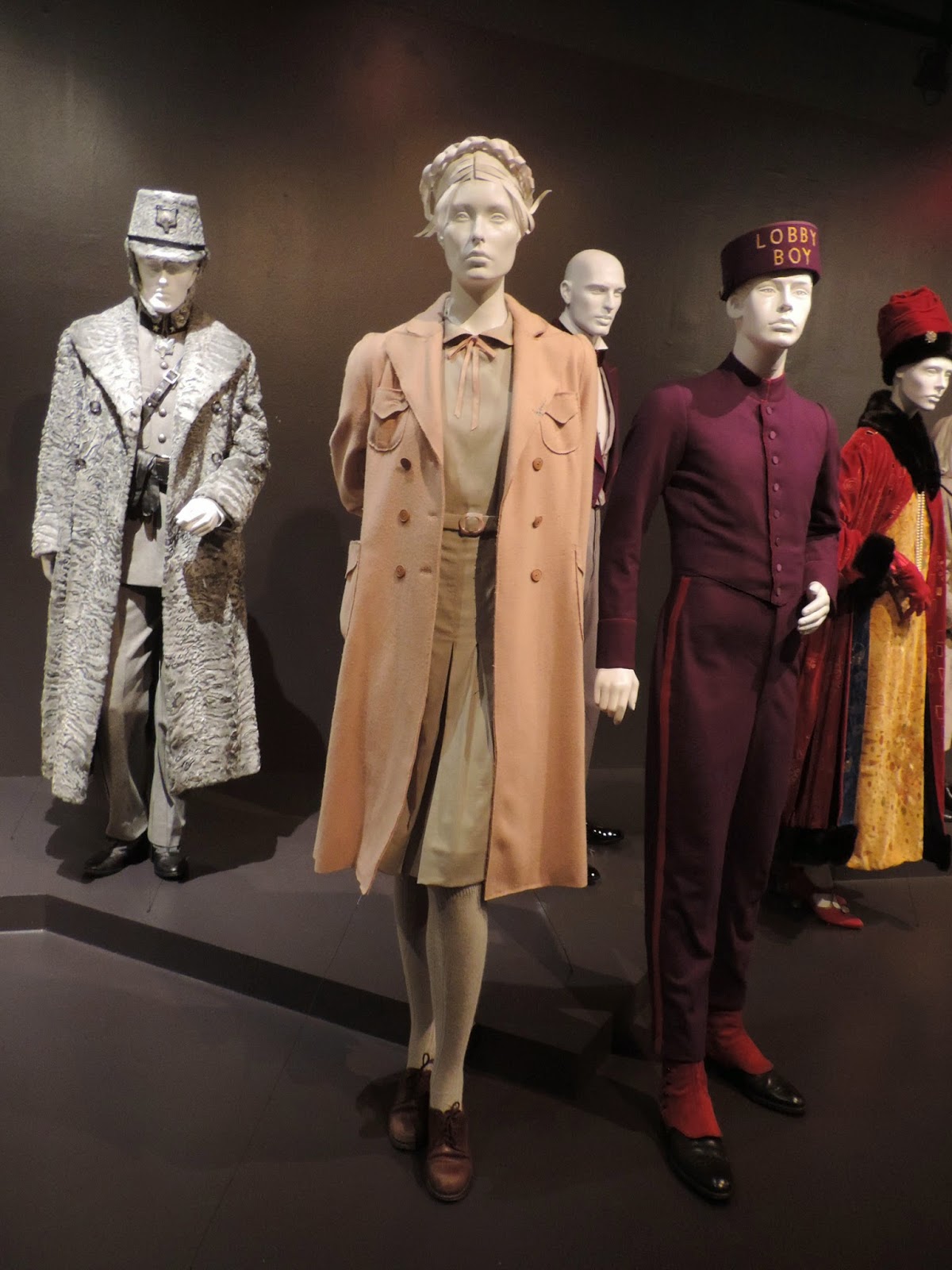 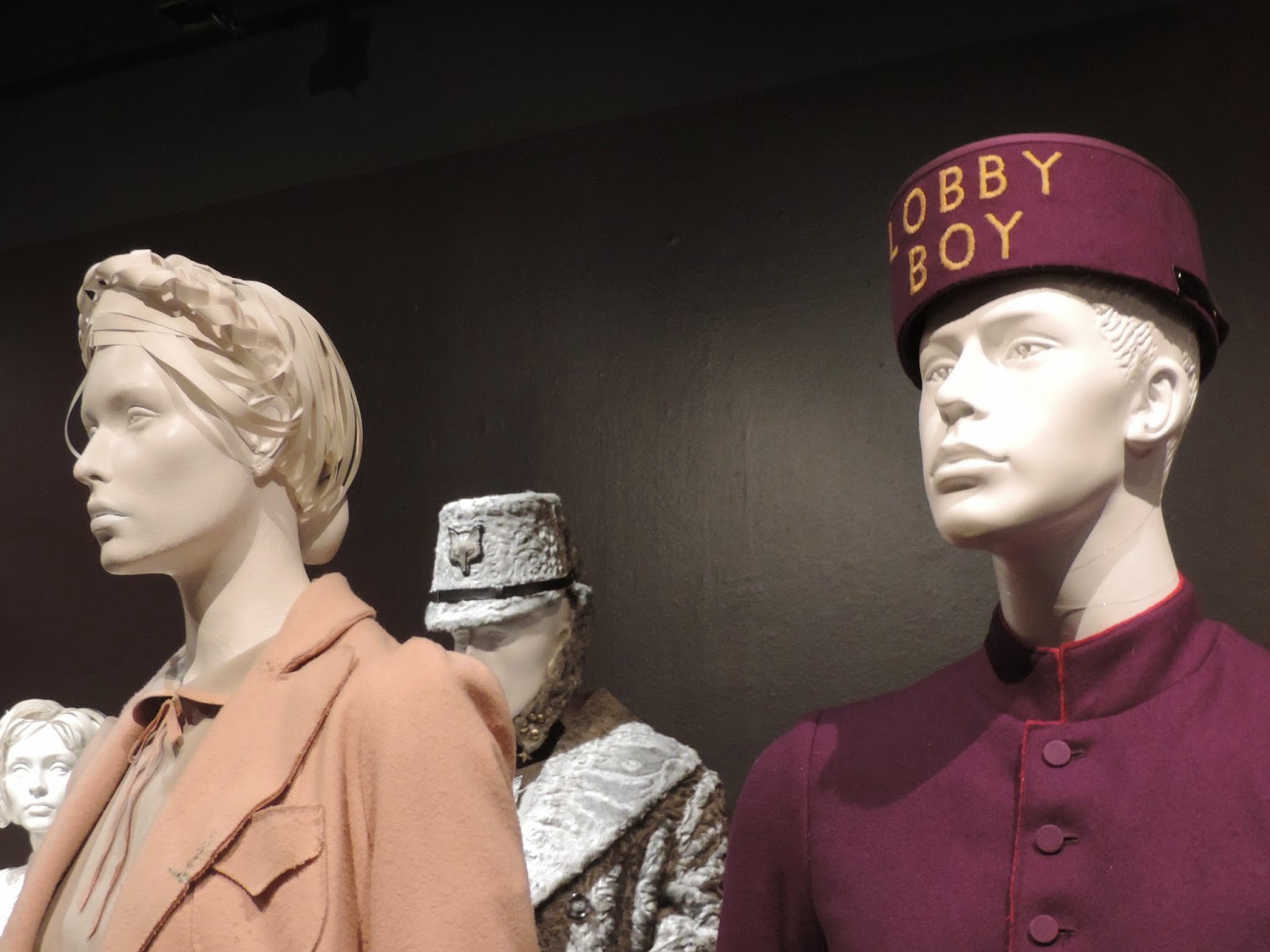 Above are costumes from my favorite movie, "The Grand Budapest Hotel". It is wickedly funny!
Milena Canonero also received a 2015 Academy Award nomination for her work on this movie. Photographers  like Man Ray and George Hurrell and painters like Gustav Klimt, Kees van Dongen, Tamara de Lempicka and George Grosz served as her inspiration. 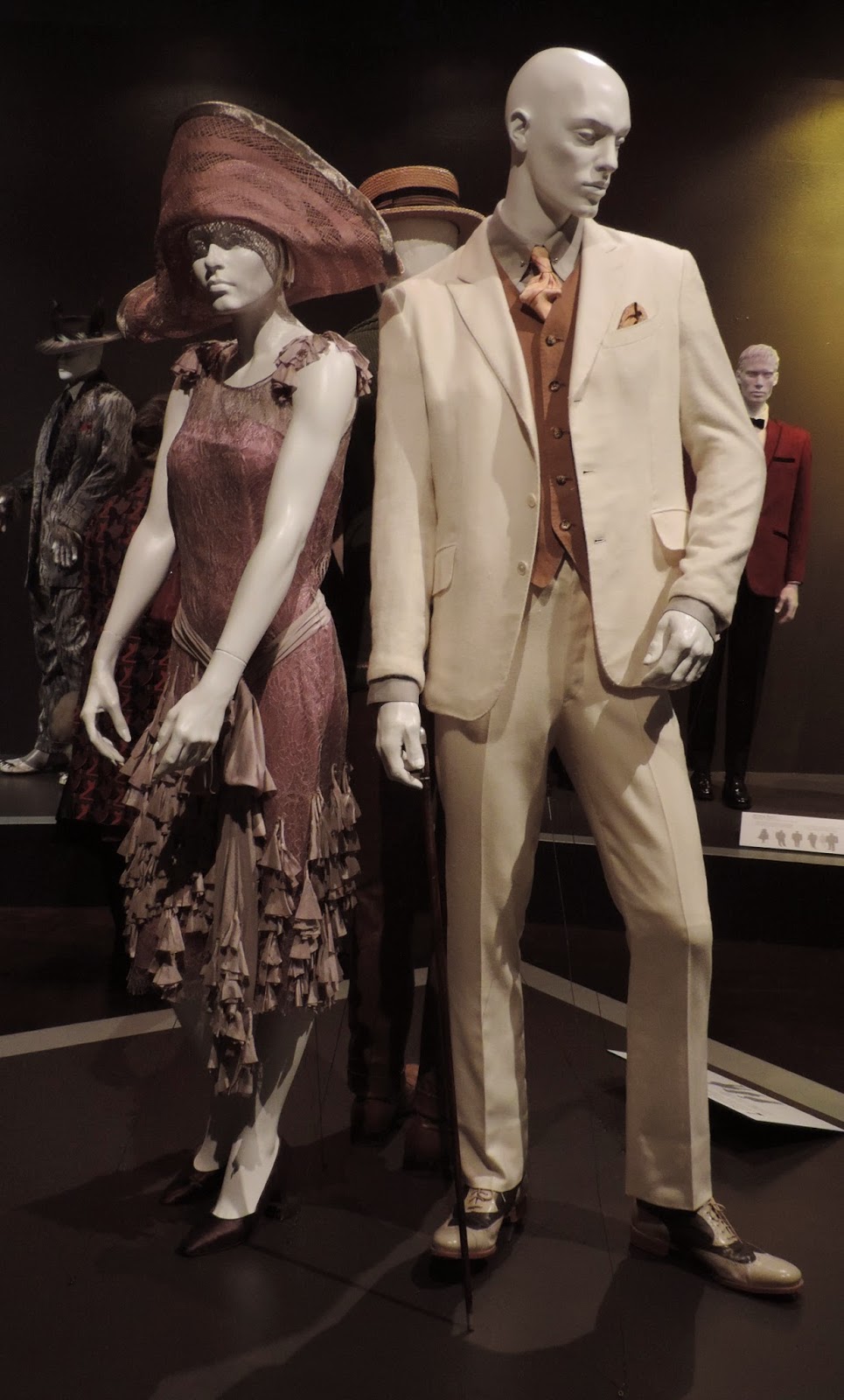 Costumes for the "The Great Gatsby" won the 2014 Academy Award for Catherine Martin.  The Roaring Twenties were an exciting challenge for the designer. She studied extensively the life, the world and context of F. Scott Fitzgerald   and the large library at Metropolitan Museum of Art. 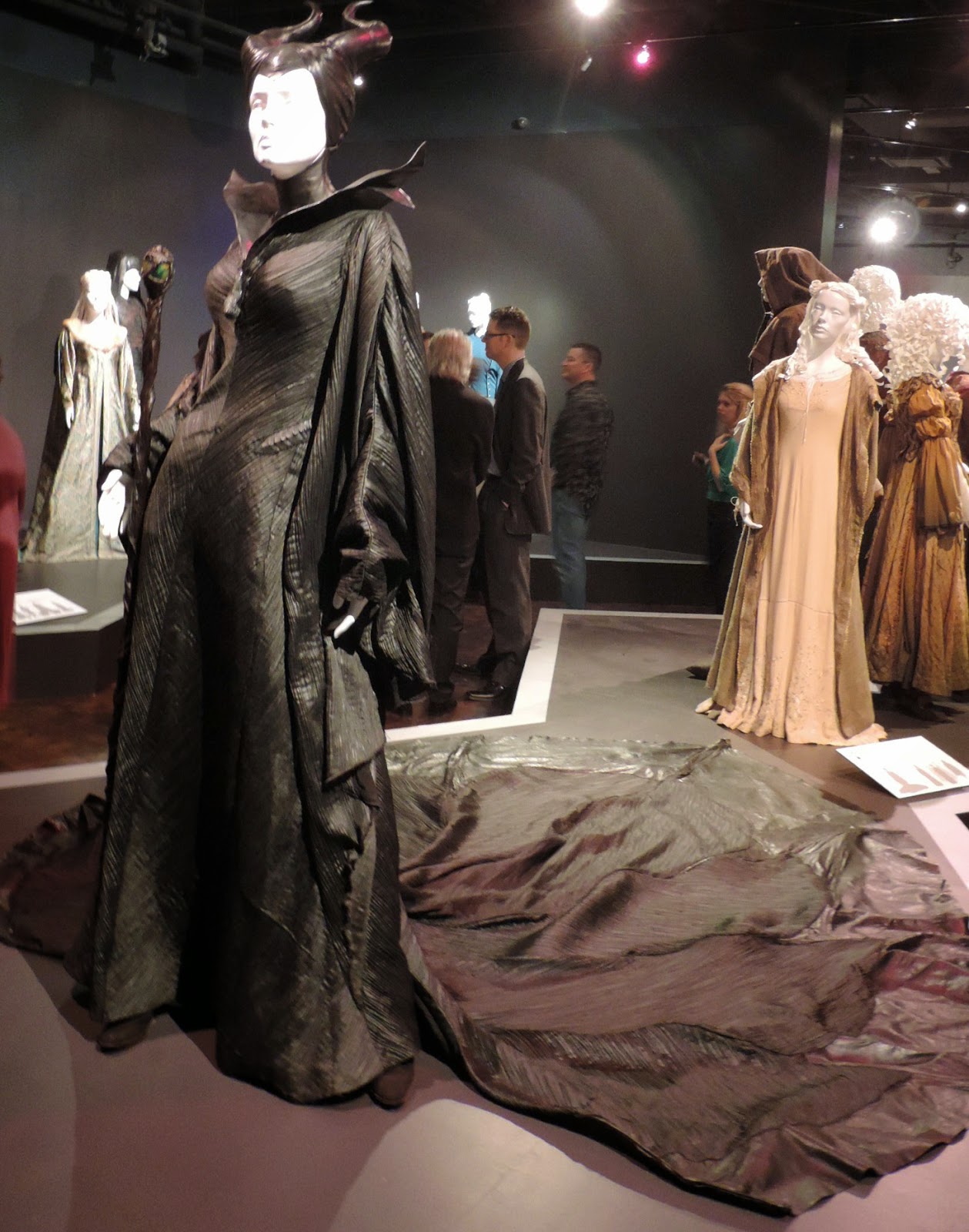 Another 2015 Academy Award nominee is Anna B. Sheppard for her costumes in "Maleficent",
recreating Maleficent's costume from animated film to live action.  She researched the 15th century to the Renaissance period of French and Italian art in painting, sketches and sculpture. The horns were created by special makeup effects designer Rick Baker. He wanted to make them light weight and removable.